How to join LGFCU

You and your family can be members for life. Let's get started!

If you are a North Carolina local government employee or volunteer, you can join Local Government Federal Credit Union (LGFCU) by opening a Share Account. It’s a dividend-earning savings account that’s the foundation of every membership and represents your ownership in the Credit Union.

Who can join LGFCU?

We are the first statewide Credit Union exclusively serving North Carolina’s local government employees and volunteers, elected and appointed officials, and their families.

If you are an employee or volunteer with any of the following, you qualify for membership:

Additional ways you can become a member

We also extend membership to people who are associated with local government employees and volunteers. You are eligible for membership if you are a(n):

What you will need to apply

If you are joining as a family or household member of a current LGFCU member, please also bring the member’s account number or proof of LGFCU membership.

I’m joining LGFCU. Why do I go to an SECU branch?

While LGFCU and SECU are two separate credit unions, we’ve partnered so our members can enjoy the full services of SECU’s branches and the convenience of its ATM network.

You’re a member for life!

Once you're a member of LGFCU, you are always a member, regardless of retirement or subsequent employment. Simply maintain the minimum balance of $25 in your Share Account and continue to enjoy the benefits of being a member-owner.

Want to know more about us? Find out why you should become a member of LGFCU. If you’re ready to apply now: 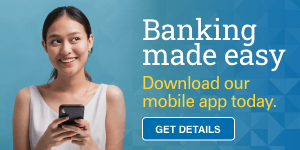